Achieving Your Goals for 2023 and Beyond 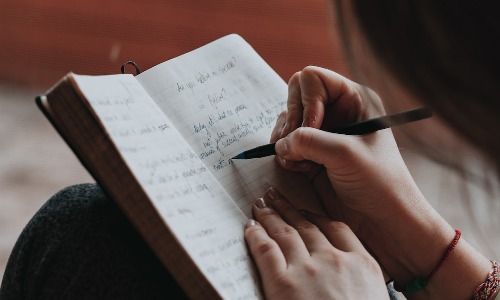 The following is excerpts from my book Heyday-how to make every day the best day of your life. This chapter speaks to the fact that we need to be thoughtful about our conscious state of contentment, as it will determine our ability to achieve meaningful goals, and to live a life of happiness and well-being. I believe this is foundational to our ability to set realistic and meaningful goals so that we significantly increase the likelihood that we will to achieve goals, that really matter.

Being creatures whose existence is closely wedded to our emotions, on a day-to-day basis, we human beings live in various degrees of contentment. By this I mean when thinking about our lives—the past, present, and future—we feel happy, unhappy, exhilarated, miserable, elated, depressed. Many of the decisions we make are based not on objective “facts” but on how we feel about ourselves. Our feelings can inhibit action or spur us to take action. We feel deprived, so we seek to get more. We feel satiated, so we go take a nap. We feel slighted, so we seek revenge.

Unlike animals, who (as far as we know) live entirely in the present, with no thoughts of the past or concerns about the future, we humans constantly think about both the past and the future: Where we’ve been and where we’re going. Our degree of contentment versus discontent drives us to either sit around and do nothing, or get up and take action to improve our lives.

I call this “contentment consciousness.”

Here you say, “My life is good, but it’s not good enough—not now, not ever. I will never reach my heyday.”

In this state, you tell yourself, “If I could only have that brand-new Porsche, the extra $50,000 a year in income, the new house, the perfect physique, the ideal mate, then, and only then, could I be happy.”

Sadly, individuals who live in this state often have a really good life, but because they do not practice daily appreciation, they lose sight of what they have and only focus on what they don’t have. In my work, I have the opportunity to meet unbelievably successful people. I find that many of them are at peace with their success because they spend a great deal of time appreciating it, and somehow more success finds its way to them. Meanwhile, others cannot accept their success and they feel deprived even as more wealth is heaped upon them.

This state of malcontentment has created many casualties and it most certainly is not sustainable. I suppose the biggest irony is that if you do not focus on appreciating the things you have and you become compulsive about wanting more, you actually put your wealth, health, and happiness at great risk.

Destructive discontent can lead to:

1) Inaction, because you believe that life is hopeless and there’s no point in trying to make it better because you’re always going to lose. You retreat to your sofa and watch cable TV all day, and then complain bitterly how the world has cheated you out of what you deserve.

2) Reckless action, because you feel desperate and will do anything to make a change. You’ll become a drug dealer, or fall for a Ponzi scheme, or embezzle from your job. This is a dangerous state to be in because you may break the law and wind up in jail, or gamble foolishly and lose everything.

This person says, “My life is bad, but I’m okay with that. I do not deserve to reach my heyday.”

I once had a friend named Tim. He was a smart guy with an amazing potential ahead of him. The problem was that he didn’t believe he deserved to be successful. He always felt he wasn’t good enough. In his mind, he pictured himself being able to afford only a modest apartment, a used car, and a woman who was willing to endure him. (These were his words, not mine!) Since our reality always squares up with our core beliefs about ourselves, Tim lived the last thirty years never realizing his potential to evolve and serve others. Throughout the years I tried to coach him to a better state, but he would give me shopping lists of all of the external factors that prevented him from succeeding. I would explain to him that so many others—including myself!—had risen above their adversities to grow, thrive, and prosper. Tim would listen to me patiently, and then (in my imagination) he would take another dose of the mind-numbing medicine I called “Tim-enol.” It was as if he were self-medicating with a drug that sapped his ambition and turned him into a hollow man, willing to accept whatever scraps the world tossed to him.

Destructive contentment can cause a person to alter their values to ensure continued mediocrity. Once I was driving down the street and I noticed a car with a bumper sticker. The message on the sticker proclaimed, “When all else fails, lower your standards!” At first I chuckled, and then almost immediately became mortified.

Why? The truth of the matter is too many people adopt this strategy as their lifelong mantra. I’ve heard people say things like, “I tried to get fit and lose weight, but then I lowered my expectations because it was just too hard.” Or, “I started the process of my lifetime goal of earning a master’s degree, but then I realized it was difficult and inconvenient, so I recalibrated by lowering my standards.” Isn’t that sad?

The other side of destructive contentment is when you become (for lack of a better expression) fat and lazy. Life is good, the money is rolling in, and everything seems to be just fine. You willfully ignore the warning signs that the world is changing and your heyday is not going to last.

This is what you want! Here, the person holds two beliefs that at first may seem contradictory but in reality complement each other perfectly. They are:

1) At the present time, I am happy, and my life is good. I get up each morning eager to experience the new day. I am truly content.

2) I am incomplete and a work in progress. I see how much more I could do to continue my personal growth, pursue a meaningful purpose, and provide service to others. In that respect, I am discontent. I can do better!

Doesn’t this make perfect sense? After all, why should the will to improve oneself be rooted only in misery? Why couldn’t it also be rooted in constructive discontent?

In the state of constructive discontent, we are truly happy and feel blessed about what we have in our life. We also know that we are here to learn, to evolve, and to serve others. In order to serve more people we need to learn more things and acquire more tools like connections and (yes) money. We need to be healthy, agile, and most importantly, evolutionary. In other words, in this state of heyday happiness we are really pleased with the velocity and quantity of opportunities that we enjoy. But we also know that stopping our evolution at this point in our life would mean that we would start to tamper with our purpose, our evolution, and our ability to serve others. We are here to become ourselves, and since this job lasts for a lifetime, we can never be completely content with where we are. But not being content whilst living in a state of thankfulness allows us to be truly happy while improving our impact on the world.

While no life is perfect—everyone has their ups and downs—if you look at certain people, you see that, at least in their public persona, they’ve created a lifelong heyday based on constructive discontent. Take author Stephen King, for example. His first best seller was his novel Carrie, which was published in 1973, when King was twenty-six years old. He didn’t know it then, but his heyday had officially begun. Over the next forty-plus years he has sold over 350 million copies of his books, and despite the roadside accident in 1999 that nearly killed him, he publishes roughly one new novel every year. In 2020—forty-seven years after Carrie—he’s slated to release If It Bleeds, which, like the many that have preceded it, will surely land on the best seller lists. King could have long ago rested on his laurels (and his millions in the bank), but even after the crippling hit-and-run accident he’s driven to keep doing what he does best. That’s well-earned heyday!

Our existence is closely wedded to our emotions, and many of the decisions we make are based on how we feel about ourselves and others. Our feelings can inhibit action or spur us to take action. This is our “contentment consciousness.”

There are three basic levels of contentment consciousness.

1) At the present time, I am happy, and my life is good. I get up each morning eager to experience the new day. I am truly content.

2) I am incomplete and a work in progress. I see how much more I could do to continue my personal growth, pursue a meaningful purpose, and provide service to others. In that respect, I am discontent. I can do better!

I wrote the book heyday with the intention of giving it away, not selling it. I believe it has the potential of helping a lot of people. If you would like to receive a digital copy of the complete book, simply send me an email and I will forward it to you. nick@nickwebb.com